Mourning before it has passed...

My colleague and I are mourning over Boys Over Flowers (korean), even before it has passed.

Today and tomorrow, Korea will be airing the last 2 episodes to the Boys Over Flowers drama. Along with millions of fans worldwide, we cannot bear to part with the tear jerking and emotional scenes, the sweet and envious precious moments,the dreamy storyline, and last but not least, the 4 handsome guys. 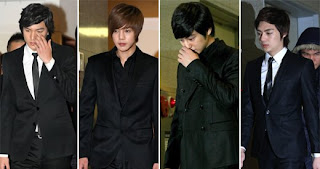 Throughout the past couple of months, we have been looking forward to Mondays and Tuesdays...Monday blues are a thing of the past as we yearn for the weekend to pass quickly so that we can watch the next episodes.

But as it draws to a close, the inevitable feeling of loss creaps up on us. How will the ending be? With Korea's unpredictable and melodramatic tendencies, we are left wondering if the pair will be together or not. As saying goes, all good things must come to an end...

Will there be another drama as good as this?
Posted by Mrs Yap at 10:51 am No comments:
Email ThisBlogThis!Share to TwitterShare to FacebookShare to Pinterest

If only women could be simplified so easily...

Men are solution seekers…they have to rationalise everything. Clearly, the following diagrams are from MEN, but can we be simplified so easily with these diagrams? Or are we the sum of all diagrams? I think the latter.

We add baggage, are unpredictable and hazardous, argumentative, complicated, meticulous and more! 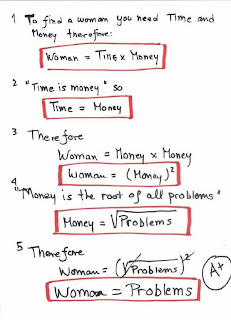 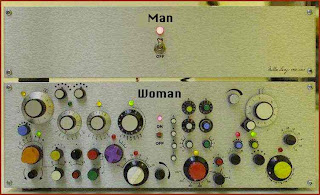 Not like men who are so boring…YAWN.
Posted by Mrs Yap at 4:51 pm No comments:
Email ThisBlogThis!Share to TwitterShare to FacebookShare to Pinterest

I absolutely love the school uniforms in Boys over Flowers! Sexy, preppy and full of class! 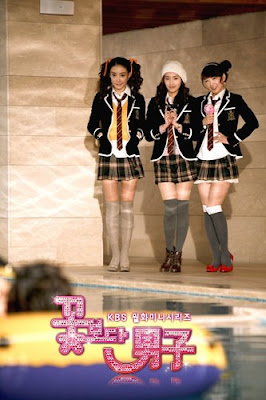 So...Will you wear your school uniforms on the street, on weekends, to the city and on dates?

I just visited one of my favourite Taiwan brand Knightsbridge's website and it appears school uniform designs are in fashion! Especially white shirts with plaid skirts! 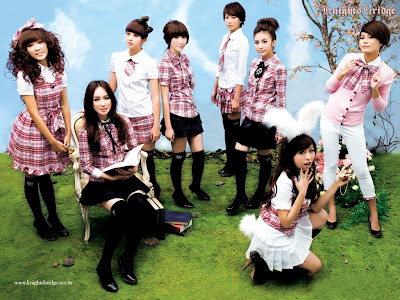 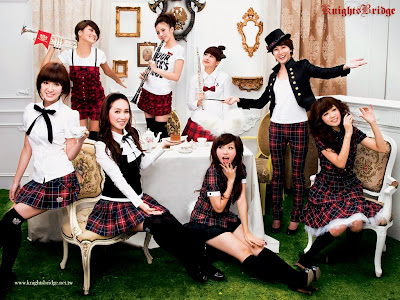 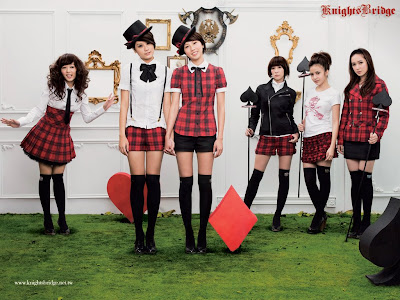 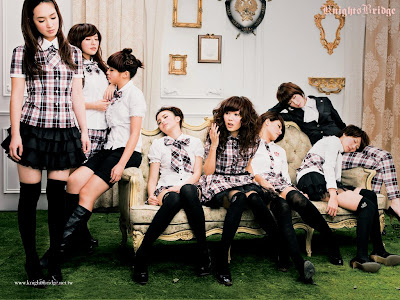 Well...anything's definitely better than the Nanyang school uniform!! Can't imagine I lived with it for 10 years!
Posted by Mrs Yap at 5:08 pm 1 comment:
Email ThisBlogThis!Share to TwitterShare to FacebookShare to Pinterest

I’m so tired, and yet so HIGH. Is that possible? YES, if you’re into the k-drama craze, specifically 꽃보다 남자 (Kgotboda Namja), or aka Boys Over Flowers!!

Last night, I watched the long due episodes from last Monday/Tuesday (I couldn’t find the time throughout the week to watch it)…and it was soooooo good. 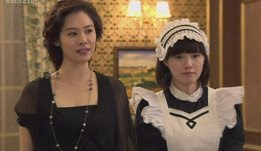 Ohhh, and the part when she was formally introduced as Jun Pyo’s personal assistant…AWWWWW. He was so shocked, it was SOOOOOOOOO CUTE.

And then he calls her to his room and asks her to cook ramen for him, demanding to eat it in the cooking pot (as commoners do), and then subtly asks her to sit on his comfy lazy boy in order to let her rest, and then he discovers she falls asleep and he puts a blanket over her…and and and…he watches her with those sweet loving eyes – AHHHHHHHHHHHH. LOVE LOVE LOVE!

And when she wants to leave his room but spots his fiancé coming in, she hides in his closet and ends up falling asleep…and he so gently carries her back to her bed – Everyone go ‘AWWWWWWWWWWWWWW’! 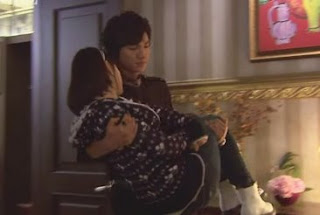 And when he begs the fiancé not to go through the wedding coz he only loves Jandi and will never love another – TEAR! 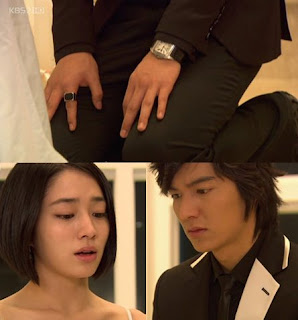 OK, I think I’ve spoilt it for those who intend to watch it but have not…SORRY…HAD TO OOOOHHHH and AWWWWWW.

URGH…scratch scratch!
Posted by Mrs Yap at 1:13 pm No comments:
Email ThisBlogThis!Share to TwitterShare to FacebookShare to Pinterest 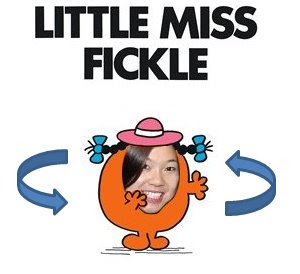 As the story goes, Little Miss Fickle was about to sign the contract on the fourth apartment she saw. When she turned up at the owner’s place all ready to place yet another option to purchase fee, she faced yet another hurdle. The owner wanted to sell the apartment to her, but didn’t want to sign the papers until they have prayed to their God’s and most auspicious date to sign the contract…so Little Miss Fickle, irritated by the owner’s own fickleness, left for home to report back to her parents.

So to cut the story short, Little Miss Fickle decided to stick to her first instinct and finalized the contract on the third apartment, which was older, but corner, larger and more spacious. She went one full circle, but she was glad she made this final decision…

Today, Little Miss Fickle faces other decisions…
How should she decorate the place?
What furniture to buy?
What colours to paint the apartment? What theme to go with?

Though many decisions await Little Miss Fickle, she looks forward to tackling them because it’s finally starting to get fun! That is…if budget allows.
Posted by Mrs Yap at 1:09 pm No comments:
Email ThisBlogThis!Share to TwitterShare to FacebookShare to Pinterest 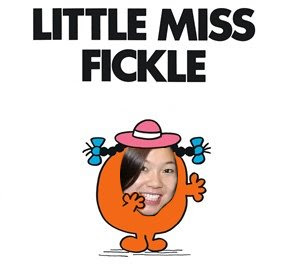 Once upon a time in Fickle World, Little Miss Fickle went to view apartments.

But the next day, she received a call saying that apartment had already been sold. So Little Miss Fickle viewed another two apartments.

The second apartment was old with weird angled rooms, but more spacious than the first. However, the price was a little high for something that needed to be renovated. Little Miss Fickle thought more about the first apartment which was already sold.

The third apartment she saw was slightly noisy as it was along the main road, but it was also very spacious, had a beautiful kitchen and nice toilets. Little Miss Fickle’s spirits brightened up. She liked this apartment and thought it was a rare find, especially when she had started to believe that all apartments in Fickle World was going to be old and run-down. Under the influential speech given by Mr Agent, Little Miss Fickle felt compelled to make a decision. But she went home and thought about it. Little Miss Fickle discussed it with her parents, as well as her boyfriend Mr Photographer, who all encouraged her to make the decision based on what she felt.

So Little Miss Fickle decided to put down an offer for the apartment.

It was newer, younger, but smaller and along the corridor. Though Little Miss Fickle and Mr Photographer liked it, but she thought the corridor issue was a big problem of privacy and decided against it. So they met Mr Agent and paid the deposit for the option to purchase the third apartment they viewed.

Though Little Miss Fickle was relieved that she had 2 weeks to consider her offer on the third apartment and it would only result in losing the minimal deposit, she couldn’t make the decision. So her parents and Mr Photographer decided for her.

Currently, they are waiting for Little Miss Another-Agent to return call and arrange a date for the signing of documents and making of the deposit. Little Miss Fickle has also viewed two more apartments in Fickle World, but her decision still sways to the fourth apartment she viewed.

Posted by Mrs Yap at 5:06 pm No comments:
Email ThisBlogThis!Share to TwitterShare to FacebookShare to Pinterest

Colleague [reading from the internet]: A final-year student jumped from a campus block after stabbing a professor .
Me [in a perky tone]: Oh? Is this in America?
Colleague: No. NTU.

I thought only such things would happen in America. I never expected any campus cases as such in Singapore. Not only was the student ‘first class honours material’, he was also in his final year!

The student entered the professor’s office, stabbed him in the back leaving him injured, then slit his wrists and jumped off a five-storey building. There was bloody trail from the office, and blood splatter where the student was found.

It must have been traumatic for students who witnessed the suicide! And a professor injured? At this point in time, no one knows the reason for the stabbing.

Regardless, I believe that it was very inconsiderate of the student to commit suicide in that fashion. And I absolute detest those who commit suicide without thinking of the consequences!

There are family to consider (the student was from Indonesia and his parents must have paid plenty for his education in Singapore), then the bystanders who are left with the shock and trauma of witnessing the suicide, and to bring down someone else with your plight? INCONSIDERATE!

INCONSIDERATE.
Posted by Mrs Yap at 9:57 am No comments:
Email ThisBlogThis!Share to TwitterShare to FacebookShare to Pinterest
Newer Posts Older Posts Home
Subscribe to: Posts (Atom)