It's been such a long time since I've balled my eyes out! I don't know how korean's do it, but they just do their melodramatic scenes so well! Especially episode 13 and 14! My tears came down in buckets!

Hana Yori Dango (Korean) is hands down the best version I've seen! The guys are sooooooo yummy, I take back what I said at the start about them not looking the part because they do!

Sorry for those who have absolutely no clue what I'm ranting about, just LET ME RANT. Episode 13 and 14 is the breakup scene that broke all our hearts! To the point where I even wanted Rui to come and put her out of her misery, make her feel better. That was the point I realised how good this Korean version was...that though I wanted Rui to come and save the day (usually I don't like it coz I'm pro Makino and Domyoji), and when he did to my relief, they played it out so well that you didn't find yourself siding with Rui, and instead still rooting for the leads to end up together. That's how well balanced the script was.

I apologise that you'll have to put up with such posts till the end of the drama because that's probably when I'll stop ranting...

Did I tell you I'm re-reading the comics again? I'm addicted!
Posted by Mrs Yap at 11:16 pm No comments:
Email ThisBlogThis!Share to TwitterShare to FacebookShare to Pinterest

I live in my own naïve world…in a world inside a television.

How could I have such a skewed perspective of what a hospital room look like? 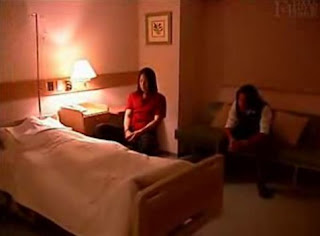 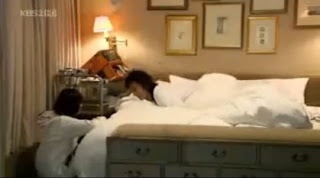 Comfortable beds; 1 patient per room, no sharing; Nice sofas for visitors. Courtesy of Meteor Garden (Taiwan), and Boys Before Flowers (Korea), and one NZ hospital I visited someone before.

Today, I went with a colleague to visit another colleague who had been admitted into the hospital because of Dengue. Though the hospital was ‘happening’ – the first word that came to my mind – with lots of people walking around, shops selling bags, accessories, gifts etc, cafes and foodcourts, etc, but when we got to the hospital ward, it was very gloomy and sad.

It wasn’t how I pictured it to be…her room had 5 other patients sharing the space. Around her, the other patients were either sick or old or lonely. There was no air-con, I felt there was no ventilation. The beds were yucky with plastic barriers. You could see what was happening all around you to other patients, basically no privacy. And the smell…like they say “hospital smell”…it was rather claustrophobic. It’s no surprise if patients develop hospital phobia.

I felt weird being there, I felt exposed. I couldn’t imagine how she would be feeling. She moved here from India (first time being away from her parents) and she was alone in the hospital. She told us she felt rather lonely and was very happy to see us. She said this place made her feel even more sick and I could totally understand. I wasn’t a patient and I didn’t like the place at all! 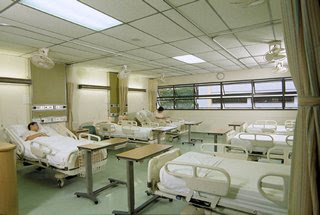 Here’s a picture of the room, taken from the Singapore General Hospital website.

This picture doesn’t look as bad as I make it sound. Definitely the work of photoshop. Coz in reality, the room was not so bright, not so colourful, and not so neat.

But having said this, I understand space is limited (she had to wait 5 hours to have a bed), and quality comes with price. Her’s was classed B2, second cheapest of what was offered. But there are still things you can do to make the place prettier and happier, like a new coat of paint/wallpaper? I don’t know.

I just didn’t like it. How is anyone suppose to get well in such a gloomy place? Especially when you don’t have family with you and you’re all alone?
Posted by Mrs Yap at 2:12 pm No comments:
Email ThisBlogThis!Share to TwitterShare to FacebookShare to Pinterest

Belated...Oops.
Posted by Mrs Yap at 2:11 pm No comments:
Email ThisBlogThis!Share to TwitterShare to FacebookShare to Pinterest

To Made-in-China products, YOU SUCK! You’re cheap and disappointing! Don’t you ever have QC? Don’t you have a sense of ethics? Don’t you want to be the best? URGH!

I’ve lost sleep because of you! I paid USD 2 each for 500pcs of compact mirrors for work, and I expected the quality to be much better! URGH, now, not only am I worried our clients will complain about your quality, I’m worried that my boss is disappointed in me!

YOU SUCK!
Posted by Mrs Yap at 9:52 am No comments:
Email ThisBlogThis!Share to TwitterShare to FacebookShare to Pinterest

Re: I love 꽃보다 남자

I’m a huge fan of Hana Yori Dango, and I’ve read the Japanese comics, watched the Japanese animation, fell in love with the Taiwanese drama followed by the Japanese drama. I was recently told there the Korean drama is currently airing in Korea (only 8 out of 24 episodes have been aired) and I couldn’t give it a miss!

As I live in Singapore, I can only watch it online. Last Saturday night, I was so addicted to your drama that I watched all 8 episodes straight, from 11.30pm till 7am on Sunday morning.

I would like to commend you on your fantastic choice of locations! Korea is so beautiful in winter! I absolutely love the fact that you captured the wealth of the Tsukasa group! I found the Taiwanese and Japanese drama did not do justice to realise the extent of wealth this group of F4 possesses! Your drama blew me away, especially with the entrance of Domyoji in a helicopter, the majestic school and amazing classroom of the F4, complete with well-crafted desks, laptops, etc. LOVE!

As for the actors, good choice! Initially I thought they looked a little older, definitely not high school age. But as I watched your drama, I slowly disregarded the age difference as I fell in love with them!

I absolutely love Domyoji or as you named him Goo Joon Pyo! Initially, I thought he was rather mature looking, and his permed hair was rather hilarious. But he acted fantastically and brought out the childlike nature of Domyoji, yet with his mature actions of protective love!

I also applaud you for your choice of the actor playing the role of Hanazawa Rui. He was very charming and when he smiled, it melted hearts. However, I’m a die-hard Domyoji fan so I didn’t like the parts where Makino Tsukushi was with Rui because it was all too sweet! It got me wincing and pining for Makino to return to Domyoji, which seemed like forever!

As for Makino aka Jan Di, I think her character was portrayed a little weak. The actress didn’t look tough or strong enough to battle Domyoji, unlike the comic book Domyoji, who was a little rougher around the edges. I find Jan Di too fair and sweet in appearance to play the determined weed!

The actors who played Soujirou and Akira did a great job too! Their smiles are definitely playboy worthy!

I can’t wait to watch the rest of the episodes and buy the DVD when it’s finally released!!!