My boyfriend dumps me on a Friday night…

…to go out with out with another male friend of his to a FHM Girl Next Door event, and I have no backup plans!

Of course, I was never first priority tonight because afterall, it is an FHM Girl Next Door event, the pub/club would be raging with testerones. It’s a guy guy event. He had casually invited me yesterday because he got invitations and his colleague had to go back in to camp for reservist, so he asked if I was interested in accompanying him. Then just 5 minutes ago, I received a call from him, saying that he’ll be going with another good friend of his tonight, so he won’t be meeting me. So much for dressing up...

So…here I am, on Friday, without a date, and without a plan.

Plan #5:
- Home-cooked dinner
- Finish studying my Korean textbook
- Pros: Educational…Finally doing something I've been procrastinating for 2 years!
- Cons: Hope I still can remember how to read!

Plan #6
- Grocery shopping
- Borrow library books to read
- Late home-cooked dinner
- Bake scones or muffins or something
- Read till I fall asleep
- Pros: Making use of the oven, & stories are always entertaining.
- Cons: Fattening, and I never know if they turn out a success!

Actually, I do have a lot of things that I've been meaning to do and have been putting it off...who cares if its a Friday night or a Monday night. It's a night I'm free to catch up on my own things and I should cherish it. Friday nights aren't just about having plans with others, going out and spending money. I could have plans with myself, doing the things that I really want to do!

So cheers to ALONE ON FRIDAYS!
Posted by Mrs Yap at 12:34 pm No comments:
Email ThisBlogThis!Share to TwitterShare to FacebookShare to Pinterest

Ever Thine. Ever Mine. Ever Ours.

Last night, I caught Sex and the City at the movies and I WEPT, LAUGHED, TEARED, AND LOVED IT. It’s like an episode of their drama, except much longer – filled with familiar voices, lots of talking and laughing (in the movie), and of course, some sexual scenes – it remained true to the drama series, revolving around these 4 fascinating women.

It was about love. It was about relationships. And especially, it was about friendship. The strong friendship these 4 amazing yet different girls have with each other. I almost forgot how strong their friendship was in the drama series because it ended too long ago, but watching the movie revived it for me.

And the fashion! There was a good dose of fashion in the movie: Dior, Gucci, Marc Jacobs, Louis Vuitton, Vera Wang, Vivien Westwood (to name a few) and how can we forget our star’s favourite Manolo Blahniks.

I shan’t let on too much. Ahhh. I can’t wait to rewatch the drama series from Season 1 to 7. Hurry Amazon, send me my parcel!
Posted by Mrs Yap at 10:14 am No comments:
Email ThisBlogThis!Share to TwitterShare to FacebookShare to Pinterest

It is the moment the clouds part for the sun to make its last appearance.

It is that moment when the sun says its goodnight for the day.

It is the moment just before night consumes day. 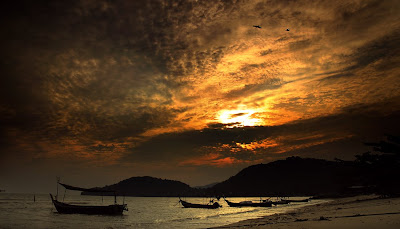 It is all in the click of one man’s moment. 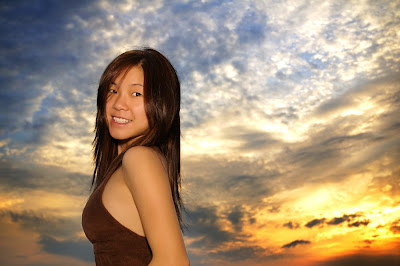 Photographer: ek yap
Posted by Mrs Yap at 2:47 pm No comments:
Email ThisBlogThis!Share to TwitterShare to FacebookShare to Pinterest

Ferocious alligators, massive and dangerous, roamed the streets. They were larger than normal, mutated perhaps, and would tear apart anything that got in its way, leaving a trail of blood and flesh. People panicked and feared.

It was a gloomy evening, the streets were almost empty, and the town was weeping. Screams could be heard as some alligator took another victim. Professor G (fictitious name) hurried on his way across town. Distracted by a gruesome sight, Prof G stepped right onto an alligator’s tail. As the alligator made its attack, Prof G struggled to defend himself. The world went black.

When Prof G regained his consciousness, he discovered himself in bandages in an unfamiliar place. He was in a strange transportation system.

“Welcome to my special submarine.” Appeared an acquaintance of Prof G, we shall name him X. In their conversation, Prof G discovered that the alligators that rampage the town were dosed on pure oxygen. Where did the alligators get it from? Prof G could not answer, but it was the same pure oxygen that he had discovered in one of his travels under the sea. X wanted to find the source of pure oxygen, and like Prof G, he wanted to take it away in oxygen tanks.

The doors of the submarine opened. No water poured in. The submarine floated on the surface of the water inside the ballroom. There was trapped air in the ballroom. Oxygen for them to breath. They cautiously stepped out of the submarine, and into the cold waters, treading to stay afloat. In a distance, they saw a potion of the water surface bubbling as if there was air being released from beneath. Prof X pointed in that direction and they moved carefully towards the bubbling waters, clinging on to the edge of the ballroom window ledges for additional support.

When they approached the bubbling surface, they felt more alive. The pure oxygen was intoxicating. Once they found the source, Prof G and his assistant retreated to a safe distance. Too much pure oxygen may cause adverse effects. X joined them shortly. Prof G wanted to return to land. While X still needed more time. Suddenly, beyond the glass windows of the ballroom, they spotted a larger than normal shark swimming around the outside of the ship. X panicked. He pulled out a knife and cut Prof G on the arm. Blood seeped out.

“I don’t want that shark near me! You can be his meal!” X shouted. Prof G calmly told his worried assistant to retreat back to the submarine, to get her out of harms way…

Myself and 5 other friends briefly spotted a larger than normal dolphin, about the length of 80 meters, near an abandoned harbour. We were shocked and mesmerised by this discovery. Being explorers, we decided to go in search of the dolphin the next day. There was already a crowd of people at the long harbour who had seen the dolphin and was cheering for us in our expedition.

The 6 of us climbed into the row boat, but the boat couldn’t take our weight and it started to sink. My friends leaped out of the boat and clung on to the edge of the harbour, pulling themselves onto the platform. I was at the head of the boat, which had came afloat again, but I was too far from the harbour. I was about to jump into the water when a large fin surfaced beside me. The fin was about 2 to 3 times the size of the boat. Then we saw the creature. A great white shark was swimming around my boat. A great white shark of about 100 meters in length! Screams were heard. I was afraid but everyone told me to stay still. As the shark circled, the boat spun round and round. It was as if it was assessing if I was prey. Finally, it swam away. As his fin disappeared beneath the surface, my friend’s hurriedly pulled me onto the harbour.

Others who were on a floating platform opposite the harbour took a chance and jumped onto a boat in order to get across to the harbour.

Suddenly, the shark returned, his large fin emerging, charging at the boat that was between the harbour and the floating platform. People screamed and evacuated the boat and back onto the platform. But a little boy was left on the boat. The shark nudged at the boat, then retreated. We rescued the boy and everyone didn’t dare enter the waters.

The shark returned for the third time. It seemed to be searching for something. His food perhaps, but we were not it. It must have been after the dolphin. Only the dolphin of that size would satisfy a shark of that size. Humans would not have been comparable. We were probably not even considered snack size for the shark. The shark, finding nothing, made a turn and dived beneath sea level and went out of sight.

After that third time, we were confident the shark would not return again and hurriedly helped those on the floating platform over to the harbour.

What an adventure! What dreams! No wonder I’m in need of coffee this morning!
Posted by Mrs Yap at 12:03 pm No comments:
Email ThisBlogThis!Share to TwitterShare to FacebookShare to Pinterest
Newer Posts Older Posts Home
Subscribe to: Posts (Atom)